You are here:
Other 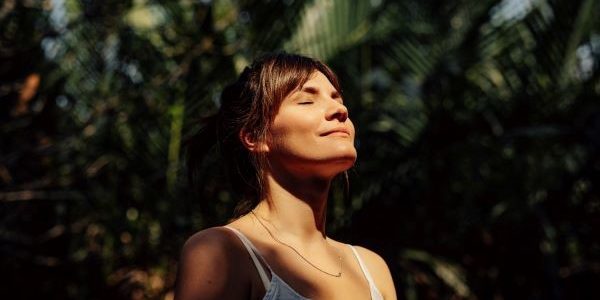 It was a warm spring day on Shelter Island, New York, when two renowned authors, Kurt Vonnegut (Slaughterhouse-Five) and Joseph Heller (Catch-22), found themselves at a party at the palatial second home of a hedge fund billionaire.

Perusing the opulent surroundings, Vonnegut mused to his friend with a hint of melancholy, “Joe, did you know our host only yesterday may have made more money than your novel has in its entire history?”

Heller took a moment before replying, “Yes, but I have something that he will never have. The peace that comes with knowing I have enough.”

Whether the billionaire felt he had “enough” was irrelevant. The point is that when faced with the prospect of feeling inadequate in the face of someone else’s relative success, Heller saw beyond what he didn’t have to fully appreciate that he had enough.

This is a lesson we all need to learn. When planning for our future, the question shouldn’t be, “How much money will I need to retire?” but rather “What does enough look like?”

What is enough accommodation? Enough connection with friends and family? Enough daily activities? We just need to take a deep breath and start seeing that what we already have is enough.

I am fortunate enough to own a small apartment on the Sunshine Coast. Many times, I find myself thinking of renovating, or wondering whether we should have bought an apartment with better views or more bedrooms. This leaves me with a feeling of discontentment.

But then I say to myself, “I have an apartment with a view in one of the most beautiful places on earth, near great food, supermarkets, and friends and family.

This is more than enough.” Now I have a feeling of happiness and satisfaction and am much less likely to spend money or make poor choices to soothe the sense of failure.

In control of emotions

One of the big lies of the modern age is that learning to be content precludes you from growing considerable wealth.

Nothing could be further from the truth. It is well known that Warren Buffett still lives in a five-bedroom house he bought in 1958 for $US31,500. He also owns a 2014 Cadillac XTS he bought for $US45,000 and
tends to shun splashy parties and trips, preferring to play bridge and do coffee with friends.

He learnt that the power of enough meant that he didn’t need to signal to others how much money he had, or fear losing things when an investment went south.

This feeling of contentment improved his decision-making, putting him in control of his emotions, enjoying the beauty of each moment and not being side-tracked by anxiety-driving illusions.

It is one of the great ironies of life that to be happy with a lot, you need to be content with a little. It is a myth that discontentedness or dissatisfaction drives people to greater things. More often than not, any fame or wealth gained from this energy is temporary, and ultimately drives people toward the very reality they fear.

However, we are all human and at times we may find ourselves is a situation similar to Kurt Vonnegut, regretting our life choices and circumstances. At this moment we can’t help what we feel, but we can change how we think.

One trick is to do what Joe Heller did and think of his billionaire host as being less content with what he had than he was.

The power of downward comparisons becomes clear when comparing wages. How do you feel when you find out that a close friend is being paid more than you?

You likely feel the sharp pang of injustice and failure. Your wage which was fine seconds ago is now a gross miscarriage of justice. This is how fickle our sense of value is. We have no idea how valuable we are until we compare ourselves to others. One moment we are happy, the next we are furious.

This sense of injustice gets us into trouble. We have an inbuilt fear of being taken advantage of, but giving in to this fear ends up in long-term sub-optimal outcomes.

The more emotionally intelligent people often work much less reactively, ending up more influential and with much higher wages than if they were simply worried about being equal to the people around them.

Of course, there are gross miscarriages of injustice in any system that need to be addressed, but being motivated simply by your own comparison to others is self-limiting on many fronts.

To live to your full potential

Compare yourself to yourself a few years ago or to other people in the company that work harder than you for less pay.

“This is enough” as you observe what’s around you. Even if you are grieving the loss of someone or something, there is great power in being able to take stock of what you do have and know that you are okay.

Count your blessings, value what you have, and know the peace and power that come with knowing you have enough.

Estate Planning for Your Business
March 9, 2022