The US Influence on Australian Shares 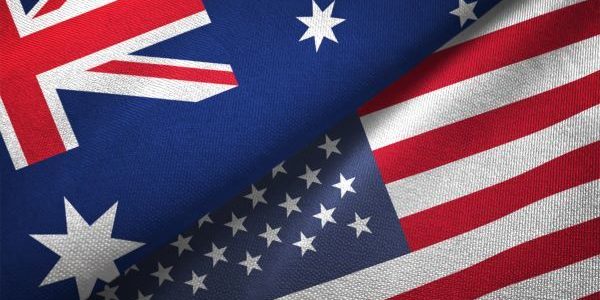 There’s an old saying in investment circles: ‘when Wall Street sneezes, the rest of the world catches a cold’. That’s not surprising. The New York Stock Exchange is by far the world’s largest, so what happens there is bound to be noticed by stock exchanges everywhere, including Australia.

It works on the upside too. A good day on the US market is more likely than not to be followed by a good day here (and elsewhere). This is particularly so when comparing similar indices such as the S&P 500, which tracks the performance of the top 500 US companies, and the S&P/ASX 200, comprising Australia’s top 200 shares.

Playing follow the leader on a daily basis is one thing, but shares are a long-term investment. So what happens over longer time frames? Once again, there is a remarkable correlation between the two markets. Nearly all of the major ups and downs of the S&P 500 are reflected by the ASX 200. Most of the minor peaks and troughs also match up in both markets.

While the influence of the US market on the local market is considerable, it isn’t absolute. In many cases, the magnitude of the ups and downs differs quite significantly, sometimes favouring Australia, and at other times Wall Street. That’s important for investors because it creates a diversification opportunity. The performance difference between the two markets is big enough that by investing in both markets an investor is likely to be able to reduce the short-term risk of their portfolio while maintaining long-term returns.

When the performance of the two markets diverge, it is often due to the differences in the underlying makeup of the S&P 500 and the ASX 200, which in turn reflects the differences in the US and Australian economies. The Australian market is dominated by the big four banks and other financial stocks, followed by the resource sector. The US market is far more diverse, with I.T. the leading sector, but with significant contributions from health care, consumer goods and energy stocks.

The influence that the US market has on us is unlikely to change in the foreseeable future, largely due to its size and its ability to set the mood of investors around the world. It certainly can’t be ignored, so if you would like help in protecting your investments from the effects of a Wall Street sneeze, or to take advantage of the many periods of good market health, talk to your financial adviser.

Australian vs US Stock Market

How Does Australia’s Pension Plan Stack Up?

Positioning Your Portfolio in Turbulent Times

Pros and Cons of Having a Funeral Insurance Plan
April 27, 2021