How Much Can We Spend in Retirement?

You are here:
Financial PlanningRetirement 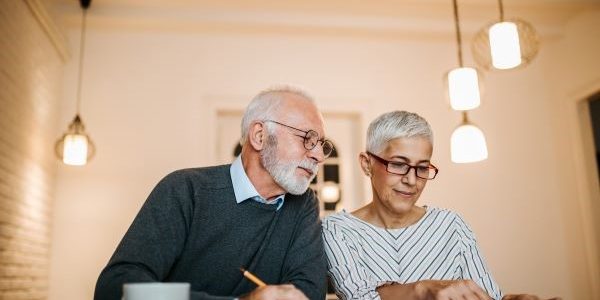 Having spent most of our lives accumulating retirement savings, it is easy to understand why retirees are fearful of spending their hard-earned nest egg.

This article explains how an adviser can help evaluate the likelihood of achieving your retirement goals, as well as minimising longevity risk. Written in the eyes of the client, it is an effective piece with a meaningful call to action.

Having looked forward to retirement for years, it was difficult to accept that two people who had spent decades living happily together could spend so much of their time arguing over money.

“Enough,” I cried in frustration. “We need help from someone who can tell us just how much you can spend on a new car to tow the caravan and how much I can spend on updating a twenty-year-old kitchen without us running out of money,” I said.

Within days we were in the office of a local financial planner, who had no doubt heard it all before. The starting point, he said, was to determine just how much money we had saved for retirement and then determine if it was in the most tax-effective location – that being superannuation.

From there, he explained we needed to be proactive in our investment choices without taking on too much risk. For example, leaving our retirement funds in bank accounts earning next to nothing in interest might make us feel safe, but it would be a mistake long-term.

Then he set us some homework. First, we both had to go away and write down the ten most important financial goals we wanted to achieve in retirement without consulting each other.

At our second meeting with our financial planner, we were surprised to learn how similar our lists were. Top of both lists was the desire to not run out of money in retirement, to which our financial planner laughed. This was easily done, he said. Just make sure you never spend more than the income being earned by your investments.

The best way to achieve this? Sit down with me each year, and we’ll go through how much money your investments have made and set your income for the year ahead accordingly.

It soon became obvious our biggest area of disagreement was that my husband wanted to leave a substantial legacy to our children, whereas I did not.

After much discussion, we finally agreed that we would both be happy as long as the children inherited the family home. If there were extra funds available to be left to them, well, that was all well and good, but we agreed it was not a priority.

Another key area of contention was what to do if we needed additional care as we grew older and, more importantly, what we would do if one or both of us needed to go into an aged care facility.

Again, our financial planner had talked many people through these issues, and we felt much more relaxed once we understood all our options. It seems lots of people face these same issues every day.

As our financial planner pointed out to us, the fact that we owned a substantial family home in a capital city was almost like a financial safety net for us, and we could always use the downsizer rules to boost our superannuation if needed.

Interestingly the areas that had been causing the most arguments were the easiest to solve. Once we worked out exactly how much money was in the kitty to support us in retirement, we both agreed to spend a bit less on the new kitchen and car to ensure we didn’t run out of money. With our money dispute resolved, for now, and a plan in place for our future retirement spending, we were both relieved and thankful we’d put in the effort to seek expert advice from a financial adviser.

Should You Merge Your Finances With Your Partner?
November 24, 2021